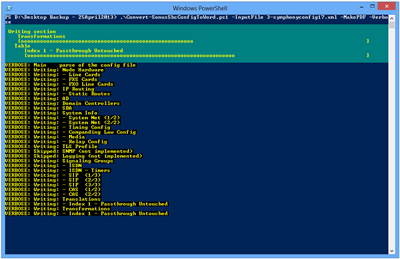 At just over 10,000 lines of code this script’s not compact, but structurally it is really quite simple. There are two primary components: one that reads the XML and extracts the required values; and the second is a pair of very similar functions (“WriteSection” & “WriteSectionVertically”) that creates a suitable table and dumps the values therein.