Today we see build 6.0.9319.623, which only tweaked two components on my Standard Edition Front-End.

Nothing noted. No commandlets have also been removed from the SfB PowerShell module.

This isn’t new, but it’s still being included in the kb article:

With the recent removal of the Skype Online PowerShell connector some extra pre-req’s have snuck into the install process. 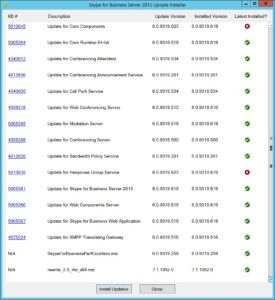 The installer didn’t prompt me to reboot, but I always like to give it one for good measure.

9th February 2022: This is the initial release.