Whilst browsing the UCS 5.8 release notes I couldn’t help but notice the addition of support for Wi-Fi connectivity, added to all phones in the range that possess a USB port (except the VVX1500 apparently). This is delivered via an Obihai USB dongle, the “OBiWiFi5G” – which I was able to pick up for $AUD45 at the Bays Du e. So now we have the makings of a wireless VVX… Well, it’s only kinda wireless – it’s still tethered to power, and that hardly makes it wireless. I wondered what we could do about that… but I’ll address that in my next post.

You have two options here: you can either do all this manually from the phone’s screen – which requires you to key a potentially complex Wi-Fi password into the handset – or you do it via the provisioning server.

If you’re just Wi-Fi-enabling one phone it’s a relatively simple process: just plug the dongle in! The phone detects it and walks you through the process. Pressing Start takes you to the Wi-Fi on/off page. This is also Home / Settings / 1.Basic / 12.Wi-Fi from a non touch-screen phone: 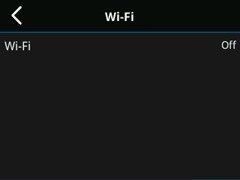 When you tap On, the phone will immediately warn you it wants to reboot to make the change: 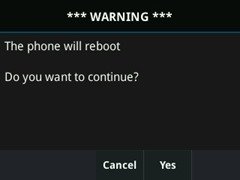 The phone reboots, in the process disabling the wired NIC and coming up on Wi-Fi. Tap the Wi-Fi icon in the ‘title bar’ to enter Wi-Fi Setup: 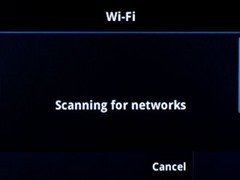 Pick a network, any network: This is the fun bit: 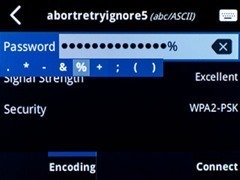 Tap Connect after you’ve entered the password. (Tip: the “Encoding” soft-key is where you switch from lower- to upper-case letters). 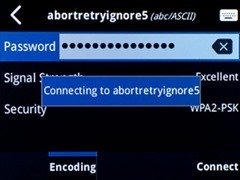 TADA! The solid icon shows you’re connected to a network and there’s full signal strength. From here it’s just a matter of signing in & away you go.

Via the Prov server

If you’ve ever configured a Spectralink (nee Polycom) wireless handset before, the required VVX config – and the provisioning process – is going to be quite familiar. Here’s the config I used on my 5GHz network in the greiginsydney Lab. This image is a screen-grab of Microsoft’s XML Notepad 2007, which I find an essential tool for debugging VVX config (although I usually code it just in NP++):

With both Spectralinks and VVXs you need to get the wireless config onto the phone first (in this case via its Ethernet port) before you can then connect it to the Wi-Fi network.

Thus, the process is:

Once the phone’s successfully on the Wi-Fi’s, you’ll see a new icon at the top of the screen: 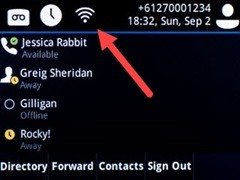 BTW, don’t forget this is a touch-screen – pressing the icon takes you to the Wi-Fi setup page. If you’re using a non-touch phone, it’s Home / Settings / 1.Basic / 12.Wi-Fi.

At the time of writing I believe there’s a bug in the 5.8.1 Admin Guide, and this prevented my phone from automatically connecting to the network after the config file was pushed to it. The values for “device.wifi.psk.keyType” are described as “0 (default) – Passphrase” and “1 – Hexadecimal key”, but I believe that’s the wrong way ‘round. As per my wifi.cfg file and the screen-grab above, I’m using a passphrase on my 5G network here and for that to work I needed a keyType = 1.

24th September 2018: Updated the XML Notepad link to the Github version. Thanks Mike.