I’ve written before about the lousy state of the lighting in the new home we bought last year. Fortunately we moved in during Summer, so the days were long and the need for lighting minimal.

Early in the research phase someone introduced me to the concept of Human Centric Lighting, and I was hooked. That “led” (sorry) to quite a lot of research, and ultimately the only player with a suitable product in the market here in Oz was Brightgreen, and its “D700” family of LEDs. 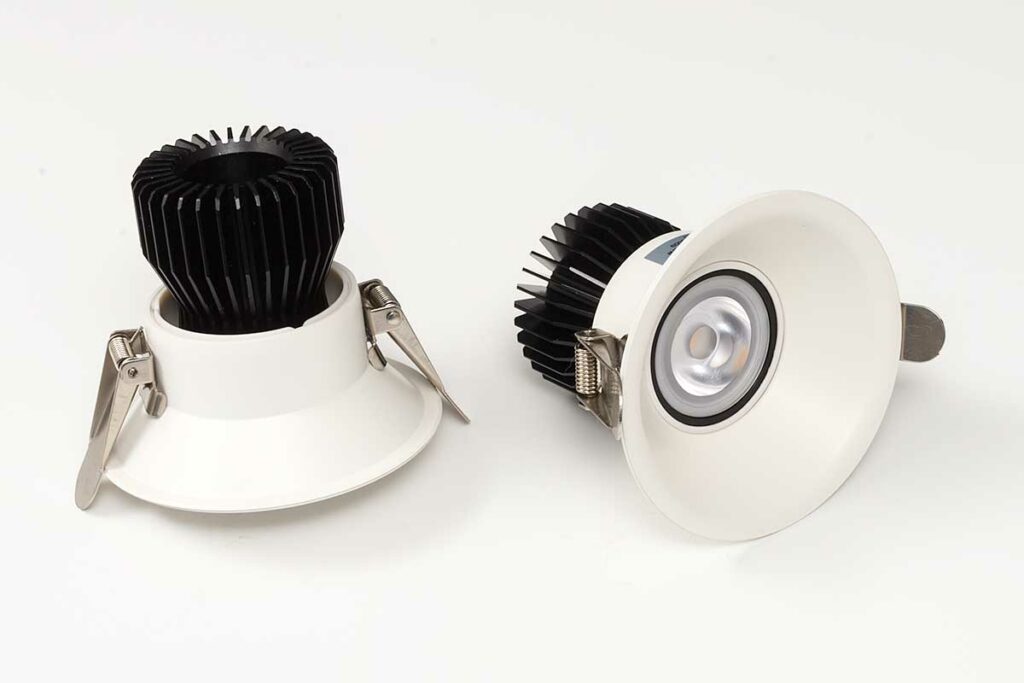 You mightn’t have heard of Human Centric Lighting [HCL] called by that name, but you’ve most likely already encountered an application of it.

HCL is where we adapt lighting to compliment our circadian rhythm, supporting the natural cycle of our body clock.

Our body wakes to the so-called “cold” temperature of bright daylight (with the blue end of the visible light spectrum prominent) and is encouraged to sleep at night by “warmer” light, devoid of the blue and usually more orangey.

If you’ve had an iPhone since iOS 9.3 was released in 2016 you might be using its “Night Shift” feature, which adjusts the display’s colour to a more orange hue after 9pm. On Android it’s called Night Mode.

Flown internationally? (Remember when that was a thing?) In modern aircraft they change the colours of the cabin lighting in an attempt to align your body clock with that of your destination.

Brightgreen implements HCL in their DayShift and NightShift products by using dual LEDs, one at each end of the spectrum, and driving them intelligently to skew the visible light one way or the other.

Our gateway (for want of a better term) between KNX and the Brightgreen lights is an ABB DALI interface, and a couple of timers in our Gira X1 logic controller fire the daily transitions from “day” to “night” mode and back.

My timers currently fire three hours before sunrise and one hour before sunset, the links to sunrise and sunset saving me the hassle of worrying about the seasons. In the morning the ‘transition time’ curve shown above is a relatively quick 30 minutes, but in the afternoon and evening it’s a more leisurely two hours.

The end result is that any lights that are turned on always come up at the appropriate colour temperature, and if they’re on during the ‘transition time’ they adapt imperceptibly. (Should I make a habit of getting up HOURS before sunrise, that timer might warrant some tweaking, but for the time being it’s not an issue.)

Here’s what the bathroom looks like at 6am, and bedtime. Whilst it’s stark when you see the two images side-by-side, you don’t notice it at the time, something I absolutely LOVE about it. 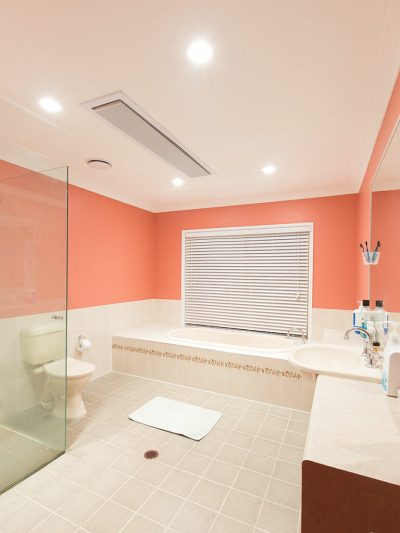 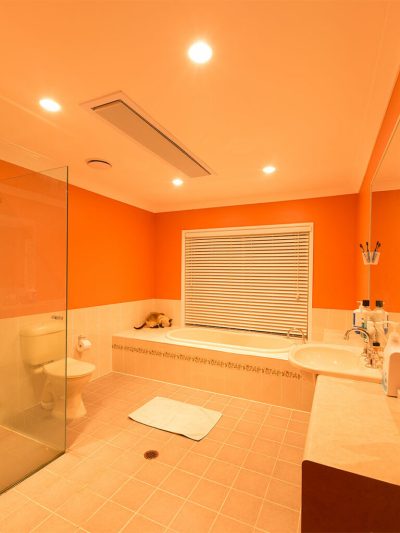 (The cats don’t seem to notice either.)

I love these. It delights me no end that the lights seamlessly cycle from cold blue light in the morning to the shade of Donald Trump’s tan at bedtime, and yet I fail to notice it, every single day.

Yes, they’re expensive, but part of that (specifically the DALI component) is a complication I introduced in my requirements. You can enjoy the same HCL experience ~15% cheaper by settling for Zigbee.

Offsetting the price is the seven year warranty.

Brightgreen is clearly confident it’s on a winner because they’ll gladly send you samples to try in place before you commit. That’s extra handy in regional locations like here in Newcastle where there’s no showroom to visit.

These LEDs were all paid for and installed well before this review. We received a discount off RRP having proposed to submit to a “white paper” for BG’s use, although this has yet to eventuate.

I wanted to say a special thanks to Lindsay at Brightgreen who provided fantastic support, pre- and post-sale. Lindsay was able to provide test lights for a proof of concept test, where I needed to be reassured that DALI was a protocol I could trust, having been burnt by it in the past.

It’s veering off the course a little for a review – hence buried here in the footer – but Rocky found it easy to 3D-print custom diffusers for these. Check out the 3MF here. That opens up potential for all sorts of custom light guides and experimentation.

TBA 2023: This is the initial publication.