I’m encountering a growing number of customers upgrading and centralising their Skype for Business infrastructure, and as part of that they’re decommissioning their Survivable Branch Appliances.

At some stage I’ll be asked how they can turn off the SBA, which in the case of the Sonus/Ribbon SBAs is running on a daughter-board inside the appliance (known as the Application Solutions Module or “ASM”). It’s possible to start and stop the SBA from the SBC’s admin interface, but not to turn it off “for good”. Having shut it down, the next time the appliance is power-cycled the daughter-board will spring back to life.

There’s always the option to crack open the box and fish the ASM out, but you’re heading into murky unsupported territory – and you might not want the outage or the pain of wrangling a heavy SBC2k out of its spaghetti mess in the rack and back in again.

PowerShell to the rescue!

Here’s a quick and simple chunk of PowerShell to create a Scheduled Task that automatically shuts the machine down 5 minutes after it powers up. The 5 minutes gives you a chance to login and issue the “shutdown /a” command to cancel said shutdown and disable the Task should you actually wish to use the machine for something.

In case you’re wondering, I made the conscious decision NOT to package this up into a script. There’s not a lot to it anyway, and I decided that given what it does I didn’t want to put anyone in the situation where a misplaced double-click could potentially have a vital server going down unexpectedly. So you have to make the conscious decision to copy and paste the above into a P$ window.

Alas, good ol’ Server 2008 / R2 doesn’t have what it takes to run the ScheduledTask components – not even if you install PowerShell v4. For those old machines you’re going to have to create the Task by hand. It’s not a big deal though, and here are the steps:

Did it Work? / the Smoking Gun

If you’re looking for confirmation it’s working OK – or you’re chasing rogue shutdowns anywhere else – look for Event 1074 in the System event log: 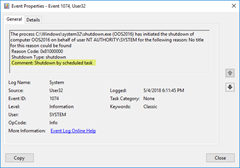 Is it worth it?

Absolutely! I connected the energy meter to my old SBC1000 here and ran some before/after tests. With the first-generation Celeron-based ASM running – idling – the appliance is costing me $110/year to run (at 29c/kWh), and when I turn the ASM off it almost halves to $63. 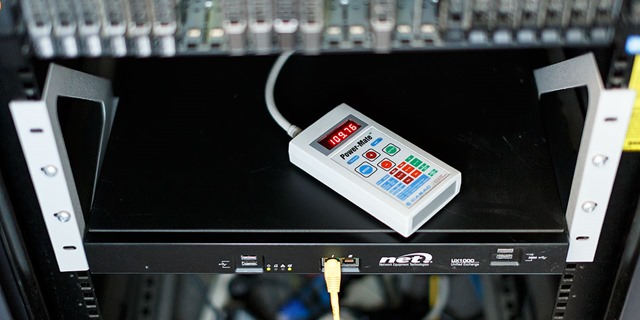 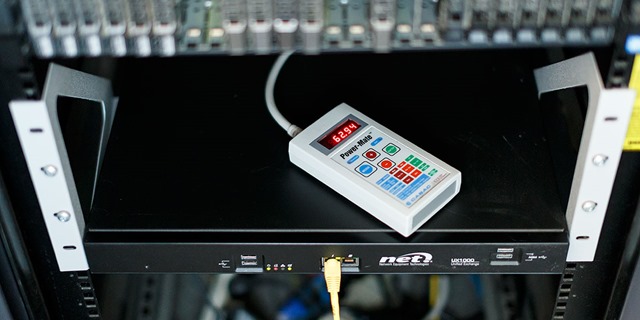 So there you have it. You’ve turned a Windows server into a Useless Box! Every time someone turns it on, it turns itself back off again!