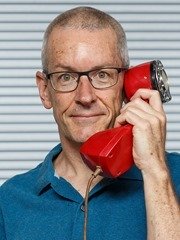 The phone in my ‘mugshot’ this year is an old red buttinski, or ‘butt’ for short. In other countries you might call it a lineman’s handset. (If you refer to these by any other name in your country, please post it to the comments).

It’s not just any old butt, but my very first. It became mine though an uncertain process sometime in 1986 at Telecom Australia’s “City North PABX Maintenance” depot here in Sydney, and still has the name of its forebear in the dial insert.

I was quite fond of that place, not the least because its address was – and I kid you not – “84½ Pitt St”, 2 doors up from Pitt St Telephone Exchange. At the time of our residence the building was largely derelict, with the upper floors long abandoned. The old ABC studios on the floors above had been gathering dust since their move to Forbes St, and despite it being a 7 story building, the ceiling of our office on level 2 leaked badly in heavy rain.

I don’t think the boss ever found out, but I was the culprit behind the continuing reappearance of the “North PABX – Cocky Kingdom” fax cover pages, which sported the image of a GIANT cockroach the width of the page by way of a header. Just like their namesakes, these kept annoyingly returning next to the fax shortly after each time he found and discarded them. (I make this admission in the comfort that the statute of limitations has long passed). Said cockroach came from the flier for the wonderfully cynical “post-apocalyptic” 1987 play “Rubble : Sydney after the Bicentennial” starring Geoff Kelso & Paul Livingston, aka Flacco.

The building was pulled down many years ago and the cockroaches presumably re-homed.

From my collection of old telco paperwork, the guides “Lines Testing and Instruments”, and “Maintenance and Circuits” document the circuit and the use of the butt. Here are some extracts: 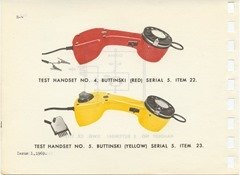 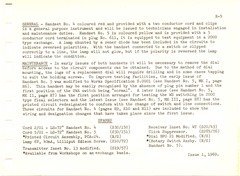 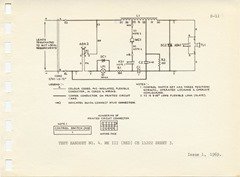 The red butt was quite the work-horse in its day. Legend had it that they were excellent at fending off aggressive dogs in residential customers’ front-yards, and made for a half-decent hammer in desperate times. (Sadly there’s a similarity in those two uses, and I’m hoping the stories of the former were exaggerated).

As for my red butt, it’s comfortably living in retirement now, safely packed in a box cocooned in bubble-wrap. It’s been replaced by a push-button version that’s still used today when our ADSL service dies at home (*sigh*), or a customer insists on FXS ports in their SfB or Microsoft Teams Direct Routing deployment (*SIGH*). In a nod to its forebear, the vinyl (“pleather”) carry-bag it lives in is the same one originally occupied by the red butt, as was the practice of the day. 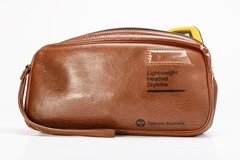 You can read a little more about my butt in my post “From Telecom Apprentice to Lync MVP in 30 Short Years”, and more on Sydney’s infamous cockroaches in “A cockroach ate my Tanjay”.