Kb3212869: Searching for a user on Lync Mobile returns no results after the November 2016 Cumulative Update for Lync Server 2013 is installed. 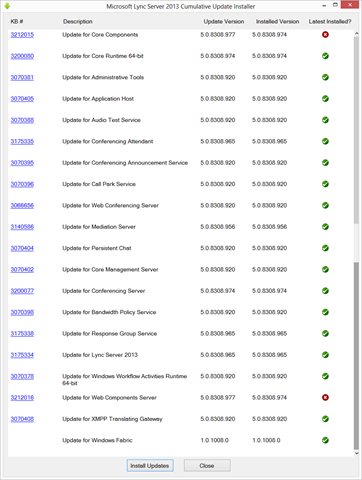 After you’ve run the installer & updated the databases (if required), don’t overlook the final few steps:

No, one was not required.

15th December: This is the initial release.