July 10th saw an update to the Lync 2013 Server components. In a break with tradition, *every* installed component gets an update, so now they’re all at 5.0.8308.920. The reasoning for this is not yet clear.

There are a handful of fixes, but lots of generic “improves the reliability, stability, and performance of…”.

Here’s the ‘before” view of it going on to my Standard Edition Front-End. That’s LOTS of red for a machine that’s otherwise current: 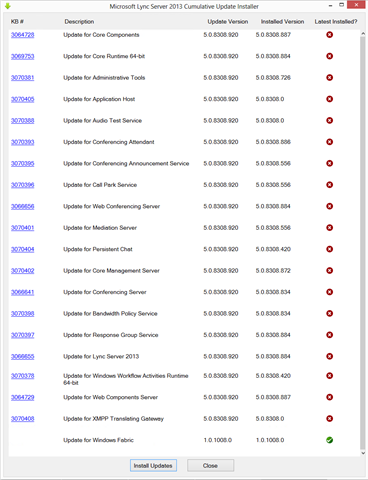 15th July: This is the initial release.