It’s been not 9 months since the last major upgrade to the Sonus SBC 1k/2k family. v4 came out late last year and I wrote of its benefits in early December, in particular the shedding of the Java requirement for the real-time monitor.

Now v5 has landed, and it’s perhaps as impressive a leap as last time, if not more so.

I’ve had a chance to peruse the documentation, trawl the XML backup file and take it for a spin. Here’s the official list, as well as some extras I thought worthy of special mention:

Gone are the days of needing to mirror ports – now the SBC will capture packets internally for your later analysis with Wireshark.

The 2k will do this on-board, but for the 1k you’ll need to add a USB memory stick. Grab something like one of these tiny Sandisk babies and then tape over the port so strangers passing the rack don’t nick it! 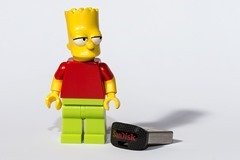 The process is quite straightforward:

I found it a bit annoying that I couldn’t restart the previous trace to repeat a test, needing instead to fill out the form in step 2 each time I wanted to start a fresh trace. That’s surely going to be improved in a future release.

Also, if there’s no memory stick in the 1k’s USB slot you won’t be told – it’ll just refuse to do anything if you fill out the Start Capture form and hit OK.

I’ve heard it said you need to power-up the SBC with the memory stick in-situ for it to be recognised, however mine recognised the generic 4G FAT32 thumb-drive I used for my testing with out any need for a restart. Bear that one in mind if you encounter any problems.

Split DNS provides another level of host resolution. In addition to the Hosts file you can now specify a particular DNS server to be used to resolve names from another domain. Note the “Resequence” icon in the tool bar, so you can easily re-order the entries:

I also like the summary view that merges both your existing DNS (from System / Node-Level Settings) with the Split DNS:

The easy-config wizard should speed your deployments and make some standard configs that bit more consistent. Here’s a quick screen-grab of “Step 1”. You’ll find it on the Tasks tabs in a new grouping called “SBC Easy Setup”: 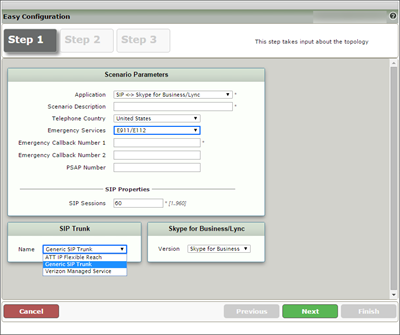 There are a few more options on the Initial Setup screen to again hopefully speed your deployments: 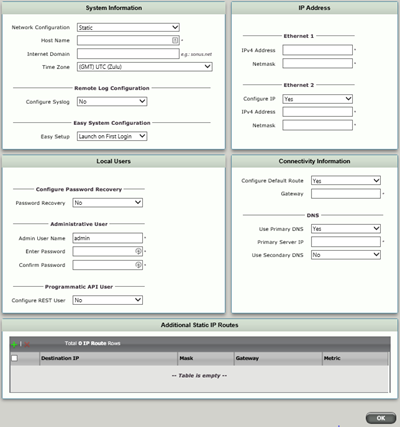 Paging trunk lockups are going to be a thing of the past once you can set a maximum call duration, down to 1 minute. This might be a nice way of also limiting calls to those questionable premium numbers the users insist they need to be able to call for valid business purposes?

This is a screen-grab from a Call Routing Table entry:

If you’re ever fault-finding and are worried this is the cause of call disconnects, there are some references to the timer in the trace. When the call answers, the timer is established:

… and at the time the call’s cutoff, you’ll see this:

… then this further down:

In the above if you subtract the “AcctNetConnectTime” from the “AcctNetDisconnectTime” you’ll get 60 – the one minute set in the route entry. And BTW, if you run either value through a Unix time converter you’ll get the real time of the event (be that the connection or its force disconnect).

This new feature stole the show at a recent “what’s new” session with the local Sonus team, and I decided it warrants a separate post. In a nutshell, you add the SBC’s FQDN as a Trusted Host and it then sets and clears a user’s presence as calls are established and clear.

The potential for this is vast: *any* call that’s going through the gateway can set a user’s presence:

Read my detailed walk-through about it here.

Sorry – I can’t help you here. You’ll need a login to the Sonus support site to access the firmware.

Am I eligible to upgrade?

Assuming the SBC is covered under a support agreement then the upgrade to v5 is a freebie, although there are a few pre-req’s and things to look out for depending upon how big a leap this is for you. As always, please check the Upgrade Notes on the Sonus portal before you attempt an upgrade. Here’s a few pointers for you:

I’ve already captured some of the new changes into my “Uxbuilder” documentation script, aka “Convert-SonusSbcConfigToWord.ps1”. I should have this out within the next week or so, so keep an eye out for it. Its blog page is here and the latest version can always be downloaded from GitHub. Keep checking for updates, and/or follow me on Twitter.