Note To disable the PowerPoint feature, after you install this update, you must run the following command in Lync Server Management Shell: 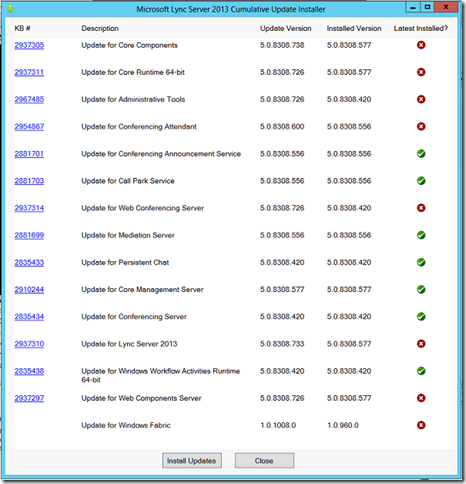 “You must make sure that all instances of the Event Viewer and Performance Monitor windows are closed before you install this cumulative update.”

Other than the above new requirement, the update process is much the same as usual, although the installation process for the Windows Fabric update also requires all Lync services are stopped before you run the installer.

If you encounter any problems installing this update, check out my follow-up post:
Lync Server 2013 CU5 OcsCore Update Fails