At some point you’ll have performed enough upgrades or migrations to have encountered a DCOM error while trying to move users from one pool to another. It’s generally well-documented: Anthony, Michael, Paul, Michael or others might have shown you the light. It’s usually a permissions thing. You don’t have enough of them.

I was a little surprised when I encountered “it” this week, and burnt a little more time than I’d like to admit in search of the cause – but in my defence, I ended up on a tangent down a rabbit-hole chasing red herrings in search of a wild goose.

Annoyingly, my occurrence didn’t fit the more common mould. This one didn’t blame my Front-End, the load balancer or report a cryptic error code I could just Google:

Unfortunately the CSV didn’t tell me anything more than what was on-screen.

My new 3 server Enterprise Edition pool was running fine. My account – the only one on it – was running totally fine & manifesting no problems at all, so clearly the issue must have been something amiss with the old pool not wanting to give up its users.

Permissions were checked and re-checked.

Maybe it was their OU, because as a contactor I’m relegated to the poor-house elsewhere in AD, unlike these “real” users. Nope.

I asked another (pre-existing) customer admin to try the move commandlet. It failed.

After bashing my head against a wall for a while, it occurred to me to take a closer look at my new pool, and from here it was all downhill.

Let’s see what Get-CsPoolUpgradeReadinessState says. Was the pool in a “Ready” state for an upgrade? Eek: NO! 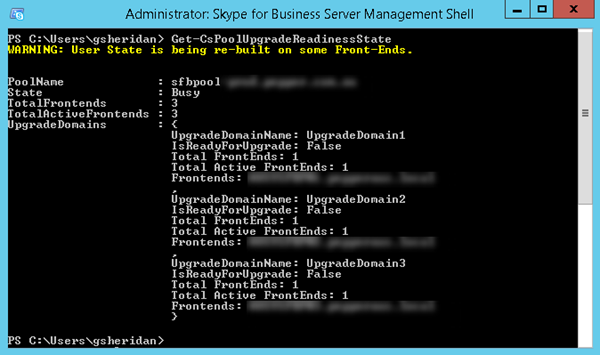 Busy? The “User State is being re-built on some Front-Ends”?

What does Get-CsFabricPoolState have to say about that? Oh. 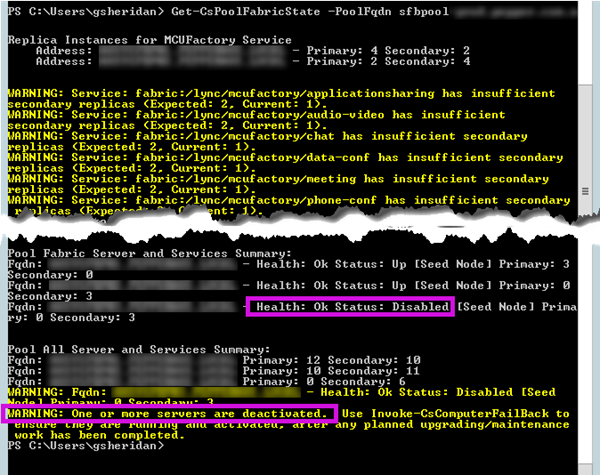 I don’t know how that happened!! Let’s have a quick word with FE3: 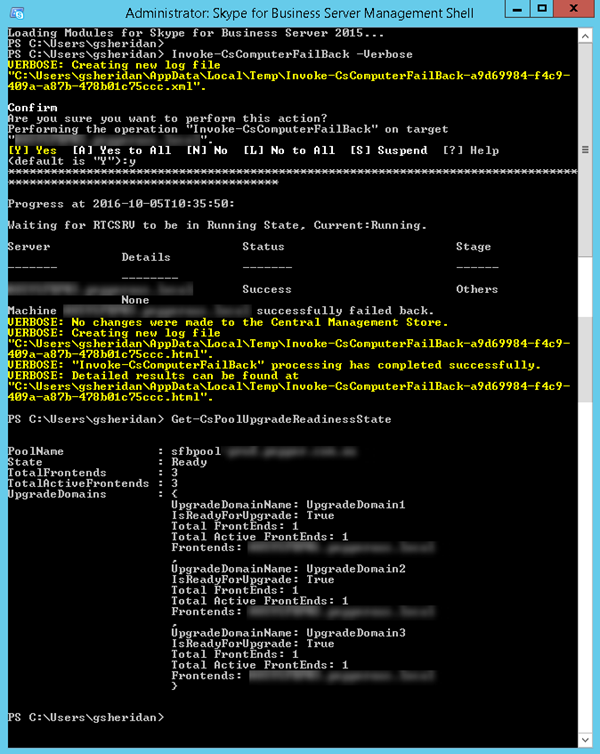 Needless to say, I was now able to easily move my users from this point.